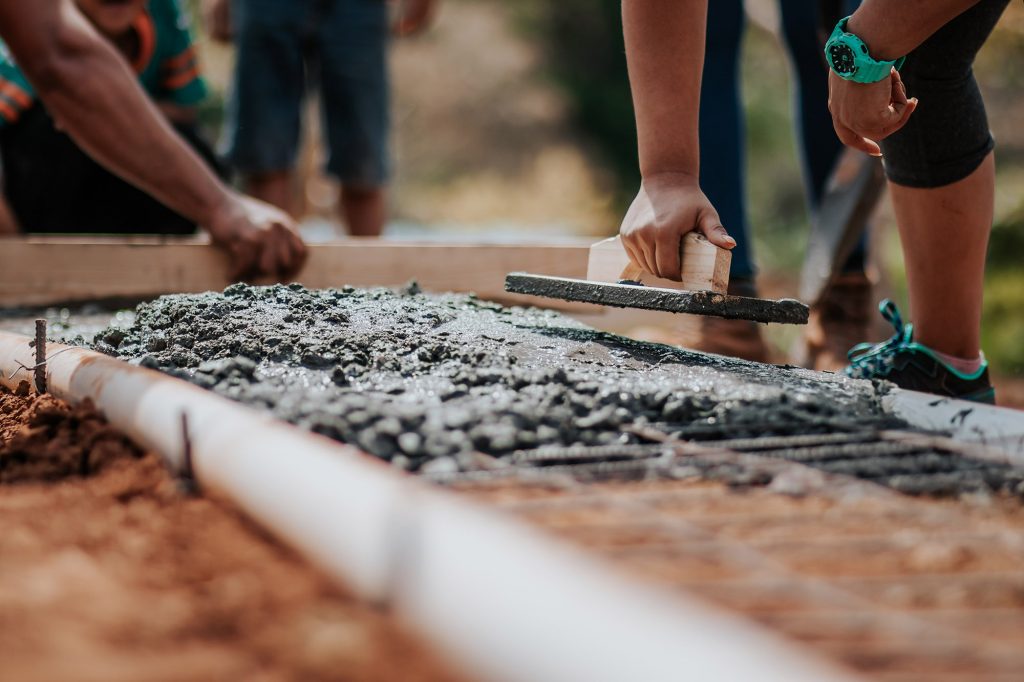 Building a major construction usually involves removing and moving large amounts of ground materials from the underground from the construction site to create solid foundations and other earthworks that can withstand all the several performance demands of the new construction project.

Nevertheless, some things are found underground that could disrupt the construction process. These include tree roots, large stones/rock, water pipes, sewage pipes, electricity pipes, gas pipe and even those unwanted pests like termites or spider nests. To help with the construction process it is necessary that you organise a pest control and treatment service so unwanted dangerous species do not get in your way.

This is because tree roots can largely affect the moisture levels in the soil, with soil swelling/heave, structure shrinkage and cracking being some of the most common risks. The presence of tree roots can end up causing foundations and other earthworks to shift and crack if not harm the entire construction structures. One such example is the invasion of tree roots in drains, a prominent problem faced by plumbers worldwide. Trees that stand very close to the earthwork ae not the only one with potential for serious damages. Even trees that are as far as 30m away from the construction site can pull moisture from the soil and subsequently lead to a host of problems.

If possible the tree may be removed before construction but sometimes due to environmental concern, the tree must not be removed. Also, be on aware of termites in the trees and in the vicinity of your build, as they will cause problems. Just in case it is best to organise a termite pest control treatment to eradicate future problems with termites eating your wood foundations.

However, when it is evident that the earthwork would subsequently be affected by the tree root, a fairly deep trench could be employed. The trench should be filled with concrete but a compressible material must be used on both sides of the external trenches to counteract any swelling in the ground.

Large stones and rocks found underground can also disrupt a construction. However, these obstructions can be broken and removed to allow for work progress, though breaking or removing them may slow down the work process.

Water pipes can also disrupt construction. These are water pipes installed underground to serve the community. The water pipes can either be rechanneled to give way for the construction or made to pass through the soil or the concrete foundation. Though in this case, the already installed water pipe must be carefully handled to prevent damages to them. This fragility of the pipes is exactly the reason why plumbers opt for pipe relining, instead of manually tempering them, when doing plumbing maintenance.

Finally, before handling electricity, gas, water, or sewage pipes, it is important to consult buildings and warranty inspectors for their approval to excavated the underground before any construction. Understanding the types of soil that you are building on is also very important.

Choosing construction sites with the best soil is very important in any building project. This is because all constructions are connected to the soil, be it a small apartment, tower, bridge, condo, etc. All constructions and buildings are erected on soil and most times with soil.

Constructions and buildings must be erected on strong and solid soils, otherwise, the danger is looming. However, soils differ in strength. While some soils are very strong and capable of supporting a skyscraper, some other soils are so poor that they can hardly support the weight of a man. The truth is, if the soil under a building construction is unstable, the foundation of the building would either sink or crack or worse still, the building may fall. Even if you are not planning to construct a multi-storey building, soil quality is still very important for constructions with ‘lighter’ structures, such as an adult zip line park as an example.

This is widely known as the ideal type of soil. It is typically a perfect combination of clay, silt, and sand. The soil is soft, dark, dry and crumbly to the touch. This type of soil is the best for construction, especially foundations, because of its evenly-balanced properties. Loam maintains water at a balanced rate. The Otway tree top adventure in Lorne, Victoria, is built on top of loam soil, which due to its properties, will be able to hold the extra weight on top of the giant trees that are already growing on them.

This type of soil includes shale, sandstone, limestone, bedrock, etc. It is very stable, has high bearing capacities, and is very good and strong for constructing foundations. As long as the rock particles are level, the foundation will be well-supported. Rock is impermeable to water solutions and does not change size or shape when touched by water. More so, once fixed, rock does not move, shift, or slide. This makes it more useful for constructing foundations. Foundations constructed with rocks would not have cracks.

This type of soil is formed from small particles of weathered rock so it has a gritty texture. Though it is not good for constructing a foundation, it is good for constructing other structures because of its ability to drain out water easily. For additional stability, this type of soil may be compacted. Another reason why sandy soil is good for construction is because of its irregular shapes, the soil particles catch against one another to lock into place. This, therefore, provides additional stability. Sometimes, sand is added to building foundations and compacted to create a more stable ground.

Chalk is formed from very fine particles of alkaline rocks like limestone. Though chalk is a type of clayey soil, it is good for construction because it does not retain moisture and would no shrink or swell at the absence or presence of moisture respectively.

The four mentioned soil above are the types of soil found in Australia that are good for construction. More so, one of the most important physical properties to consider when choosing good soil for construction is the strength and stability of the soil. For instance, clay seemed to be more stable than sand but this is true only during the dry weather as clay becomes unstable in wet seasons. This is one reason why clay expands in the wet season and contracts during the dry season, leading to a crack foundation and walls.

Giving parents the option to choose their child's sex is very controversial. People believe that it spreads harmful gender stereotypes...